Deprecated: /home/customer/www/babyknittingpatternsblog.com/public_html/wp-content/plugins/wordpress-seo/src/deprecated/src/presenters/open-graph/fb-app-id-presenter.php is deprecated since version WPSEO 15.5 with no alternative available. in /home/customer/www/babyknittingpatternsblog.com/public_html/wp-includes/functions.php on line 5061
 How to Cast on stitches in the middle of your row - Easy Video Tutorials Skip to content

(THIS POST PROBABLY CONTAINS AFFILIATE LINKS. OUR FULL DISCLOSURE POLICY IS REALLY BORING, BUT YOU CAN FIND IT HERE.)

If you are not a beginning knitter you may have run into a pattern that wants you to add on a few more stitches, and not at the beginning of your work.  Sometimes in the middle of a row you may need to add a few stitches in order to make a button hole. And occasionally you will need to cast on at the end or beginning of a row for a border. Or still yet, you may have put some stitches on a stitch holder so you didn’t knit them at the same time as the rest of the stitches on the working needles, but then you are asked to make a bridge of stitches by adding some cast on additional stitches right in the middle of your work.

How to Cast on Stitches in the middle of your knitting

No matter what the reason for needing these extra stitches, the pattern calls for them and you need to get those stitches on your needles.

Well, how do you get those stitches onto your needles? Well there are a couple of easy ways that you will run into early in your knitting journey. One method is a backwards loop cast on which is a basic stitch that most people are taught as a quick fix. Gets the job done easily. But there is a problem, it’s just not a good cast on. It’s very loose and causes a large loop while you are putting the cast on together. It just doesn’t work well when the pattern causes for a larger number of additional stitches.

A better and yet still simple method is the knitted cast on, it makes a much nicer looking edge and it is a stronger tighter cast on that looks like just an extension of the work already being done. It doesn’t stick out as an afterthought.

Cast On Stitches in the Middle of your Work -Video Tutorial

The following quick and easy knitting video tutorial will demonstrate for you how to do both methods and you can make the decision as to which one works best for you in different situations.

A Third Way of casting on extra stitches after you’ve started your work is the cable cast on.  This easy and pretty method of cast on is going to give you a very sturdy edge that does not have a lot of stretch or give to it. It is perfect for making button holes. But not so good for arm holes or neck lines or places that you may want to do some shaping.

Casting on Stitches in the Middle of your Work – Video Tutorial

The follow video tutorial will demonstrate the cable cast on method as well as the other two, the backward loop cast on and the knitted cast on, at the end of his row instead of in the middle of a knit row. He does a nice job of explaining each one.

Slow Motion Screen Shot of Each Cast On

Another really excellent use of the middle of the row cast on is making button holes.

Practice all Three Methods and Determine Your Favorite

There is no hard, set in stone rule as to which one is best or which one “should” be used in any situation. You can make any of them work in any situation. It is your knitting after all. So play with them and give each of them the opportunity to “speak to you”. The one you like is the one you like. Knitting is about enjoying the craft. Do what feels right and enjoy yourself.

If You Missed Anything, Here Is A Second Look

Haven't Found What You Were Looking for? Search Again Here:

Use Our Free Gift Finding Tool Below:

Show Me My Deals On Amazon Today

Show Me My Amazon Coupons

Help Me Find a Gift Card

This site uses Akismet to reduce spam. Learn how your comment data is processed.

My Name is Susan

I love knitting, I have for several decades.  Baby Knitting Patterns are my favorite, as I expect they are for many of you too.

The Purpose of this Blog is to provide my readers with wonderful inspiration for that next knitting project, making a gift for someone else or for your own special baby.

I will inspire you with patterns and yarns and great ideas. I’ve also included some helpful videos for you, just in case.

This is What You’ll Find Here 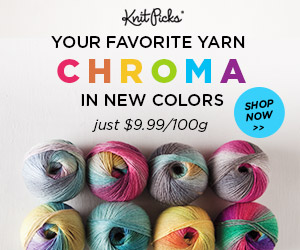 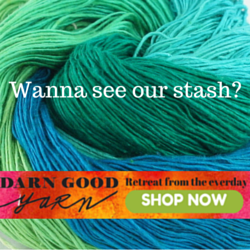 Affiliate Disclosure Babyknittingpatternsblog.com is a participant in the Amazon Services LLC Associates Program, an affiliate advertising program designed to provide a means for sites to earn advertising fees by advertising and linking to Amazon.com.

Babyknittingpatternsblog.com is also an affiliate of and receiving compensation from several other affiliate programs including Share A Sale, Commission Junction, Affiliate Window, Rakuten Marketing, and Target. All opinions or endorsements of products sponsored by these companies expressed in the reviews or endorsements on this site are our own.

All affiliate links on this site are endorsed or sponsored links. If you buy something through the links on this website we will get compensation which helps pay the operating costs of this site.

More of My Sites

Not What You Were Looking For? Search again here:

What Our Knitting Readers Are Searching For:

What Are You Looking For? Search again here:

Scroll back to top
541shares